I Dreamed of Chickens

I dreamed about chickens last night!  I was so excited I guess they're all I could think about.  I dreamed that I picked up my sweet chickens and got them settled into their new home and when I returned to check on them, they had multiplied by 30!  I was covered in a sea of chickens and I was totally okay with it! 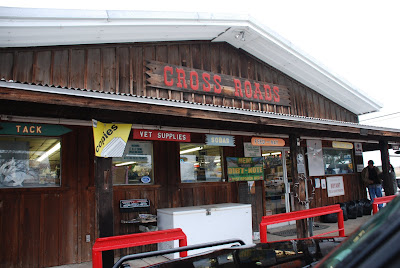 This is the Crossroads Feed Store where my mother-in-law's friend, Rachel, had three young hens waiting for me to pick them up.  It was raining and very messy today.  Not knowing exactly what to expect when I went inside, I put on my rubber boots and declared it "Chicken Day" (in my head)! 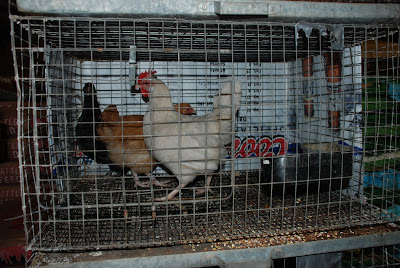 This is how I found them.  One white Leghorn hen, the matron of the bunch, who is already laying eggs, and two young pullets who are close to beginning to lay...one black Astrolorp, and one Rhode Island Red...I think.  Exactly what I asked for! 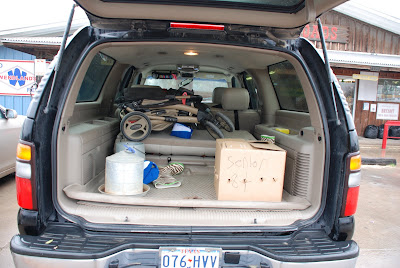 The cardboard box they gave me to transport them in and the feeder and waterer my mother-in-law gave me. 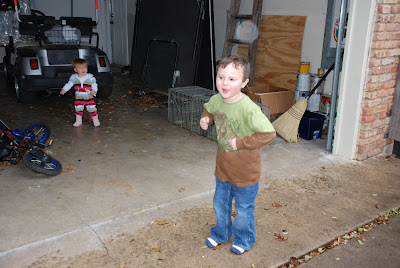 I had them in the back of the car when I picked up Harrison from school.  He was so excited!  Here he is doing a little chicken dance to celebrate. 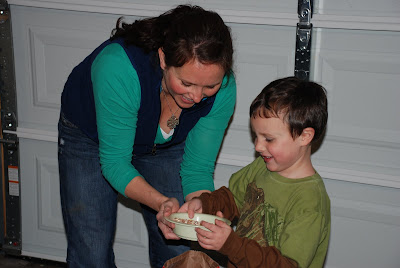 Harrison scooped out some feed for his first pets. 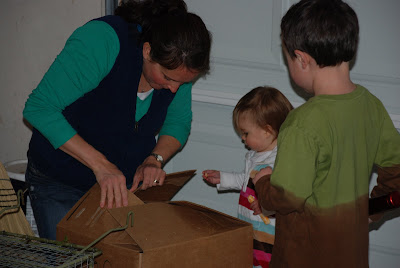 I just knew they were going to jump out and claw my eyes out as soon as I opened the box.  It's been so long since I handled chickens, I REALLY had to psyche myself up. 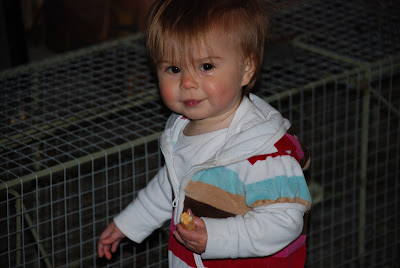 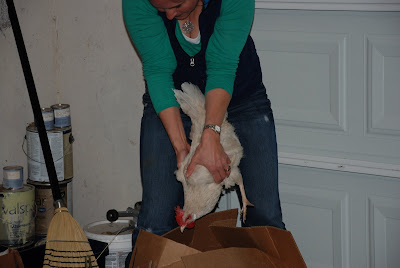 I didn't know she was the boss at the time, but I am glad I took her out first, since she is obviously the leader.  They were amazingly calm and still in the box.  I was very relieved! 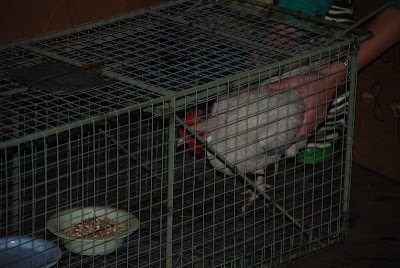 Into the temporary pen they'll stay in until we make the trip to the hill country tomorrow.  It's a live trap...the kind of thing you'd use to catch a raccoon that's raiding your garbage.  As I am writing this, I am wondering how on Earth I'm going to get them out of this thing.  Guess I should have considered that before I put them in, huh? 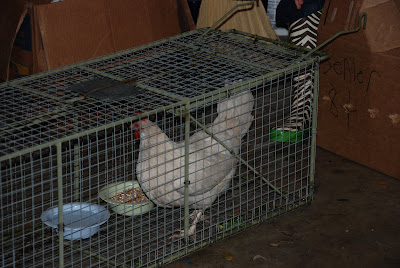 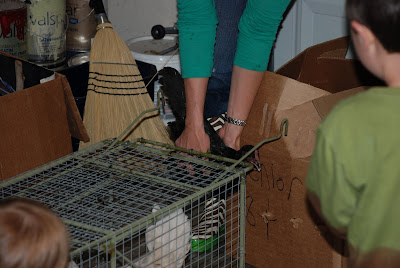 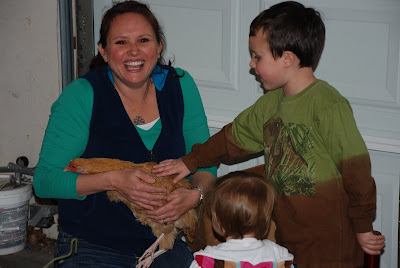 And three!  She is a sweetheart.  Both of my kids walked right up and pet her without hesitation.  I was glad to see them so excited about having a pet.  Glance into the future:  Mr. Field, what was your first pet? 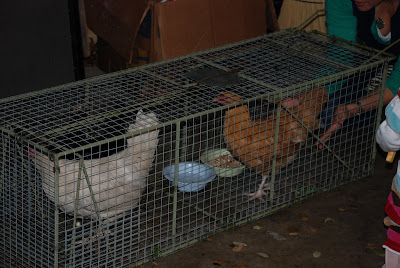 All settled in with food and water.  I have chickens in my garage!  Don't tell the Homeowner's Association! 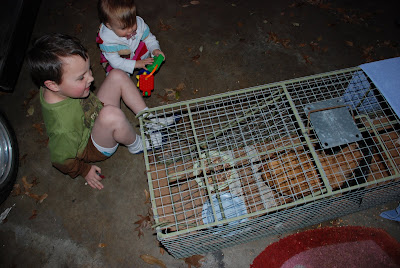 Right before bed, Harrison and Emerson went out to tell "the girls" good night. 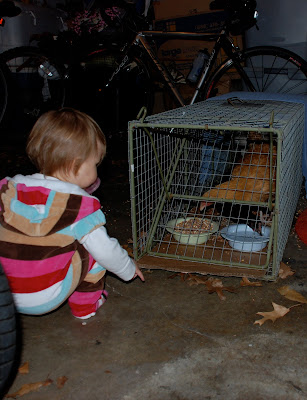 Sister just can't get enough.  She stares at them and says, "Chick, chick, chick". 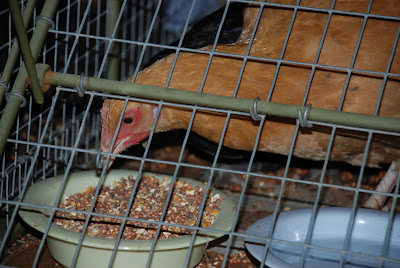 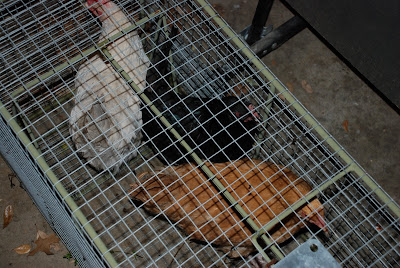 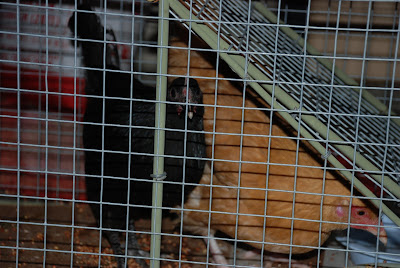 We're working on names.  I have a hard time with names...so permanent.  Planning to leave town tomorrow.  They'll have to go back into the box to travel.  I hope they'll do okay and not get too cold out in the garage tonight.  I considered bringing them into the laundry room, but decided against it when I saw how much mess they made in five hours.  Pretty, but nasty little birds!
Posted by Outside Lisa at 12:40 AM