Saturday morning I awoke to a good morning kiss from my sweet husband at around 7:45 a.m.  I was sandwiched between my little honeys and feeling like I needed another hour of sleep.  I managed to squeeze in thirty precious more minutes before Harrison began talking gently in my ear.  "Hi, Mommie".  "Hi, Baby," I answered.  This is my daily dose of perfection.  I will forever remember these sweet moments... when eyes first open...the day's first squinty smiles...little hands gently rubbing my cheeks ...the rising sun peeking over the hills and through the wooden blinds... Harrison's scratchy voice saying, "Oh, Mommie...you feel soooo good to hold" ...Emerson's CRAZY bed hair...morning chants like "wakey, wakey shake and bakey" or "rise and shine" or "who wants kisses for breakfast?"  These are the things that will forever be etched into my mind.  I'm sure it's what I'll be thinking about as I watch them walk across the stage to graduate and as I watch them walk down the aisle to get married.  Please God, don't take those memories as I grow old.  I want them with me in Heaven.

At around 9 a.m. I started cooking breakfast.  I always have to feed Harrison and Emerson something light as soon as we get up so the older kids have more time to sleep in before the "real" breakfast is served.  Roger left early to take Jackson to see the orthopedic doctor to look at his recently injured knee.  This would be our biggest topic of discussion at the breakfast table as we have all been so worried about Jackson and the extent of his injury.  Billy's best friend Tanner was able to visit for the weekend and Dylan came home from college Friday night.  It was our first chance in a long time to have breakfast together as a family with everyone under the same roof.  It was a good, good day. 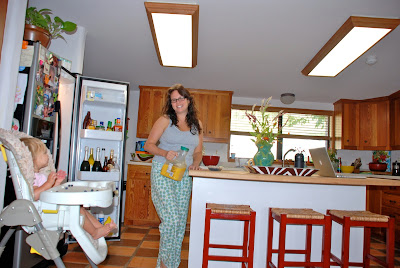 Harrison wanted to take a picture of me getting out the orange juice.  Alrighty. 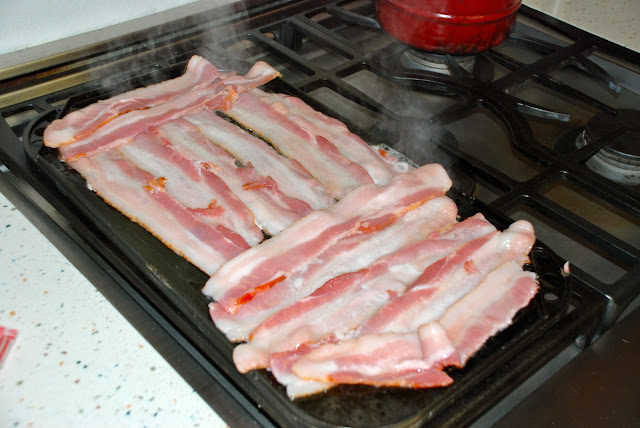 The bacon is on! 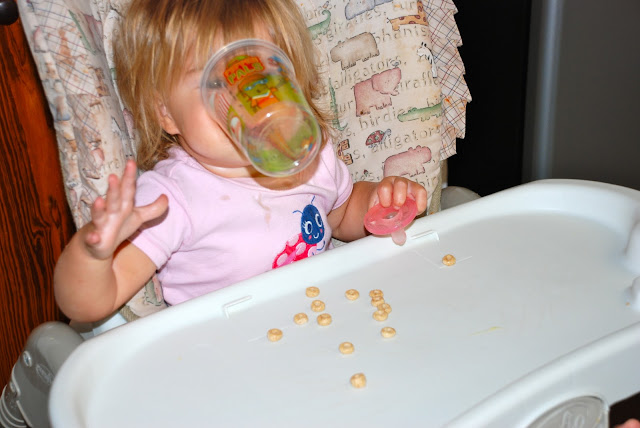 Sister eating Cheerios to tide her over until the "real" breakfast is served. 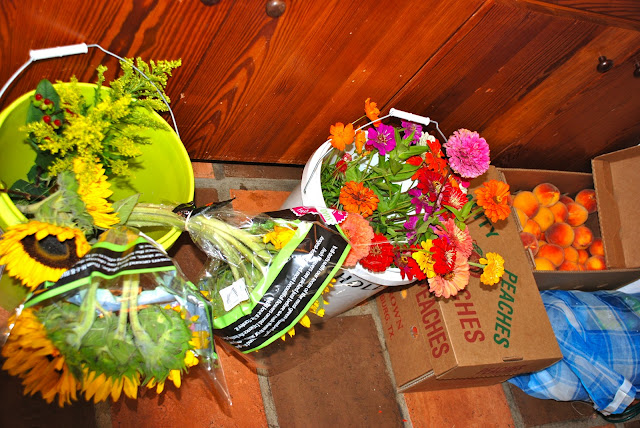 On my "to do" list:  make flower arrangements and peach preserves 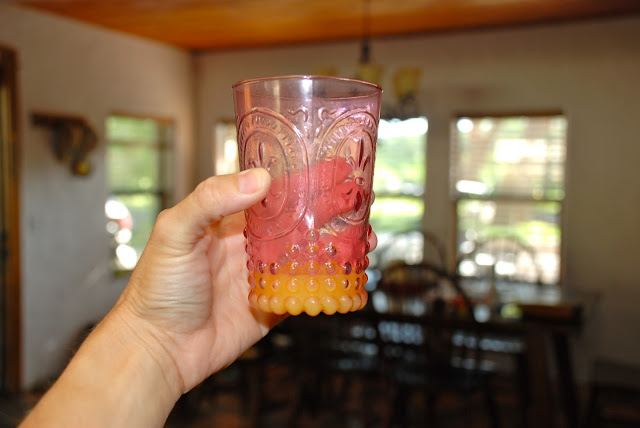 This is one of my pretty juice glasses I got this Summer on sale at Pottery Barn.  I think they were left over from their Easter inventory.  I love them and am sad to say one broke recently. 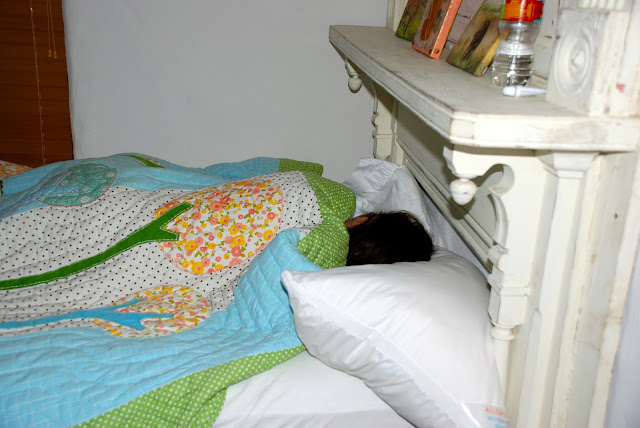 Who will wake the sleeping college girl?  So glad to have her home! 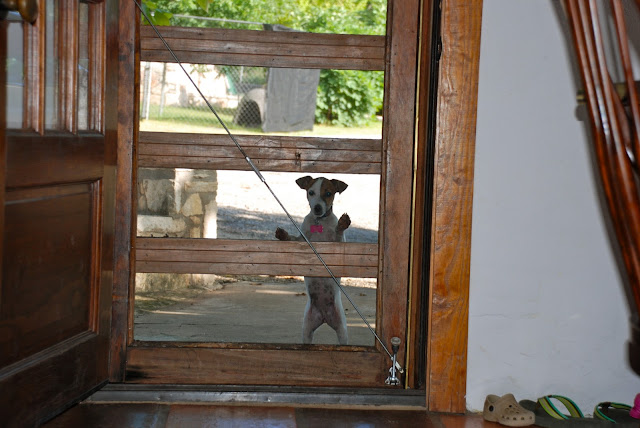 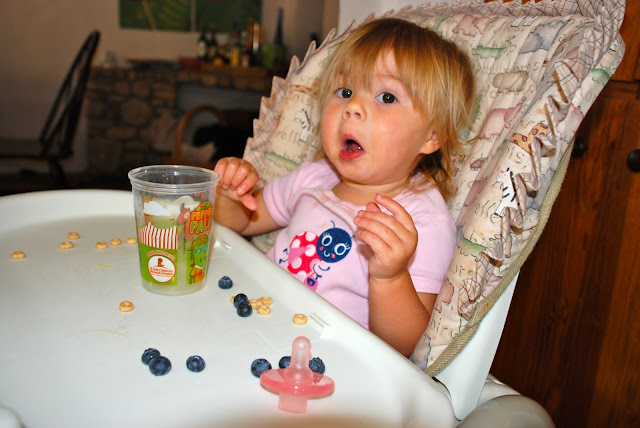 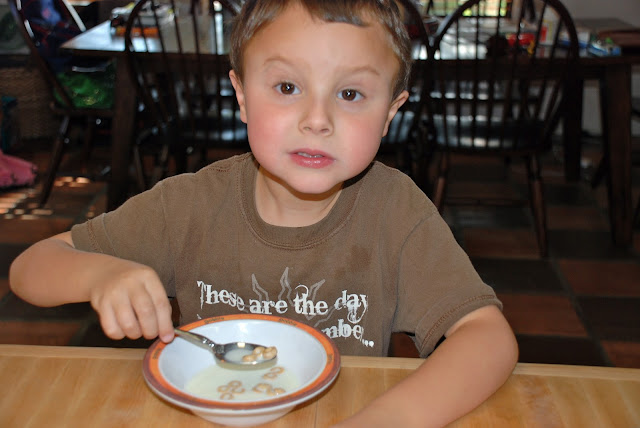 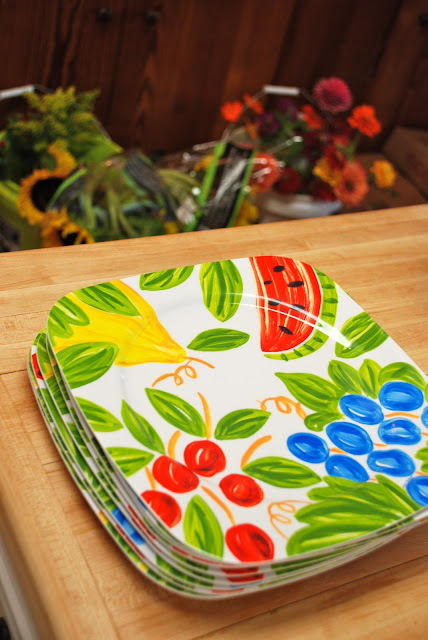 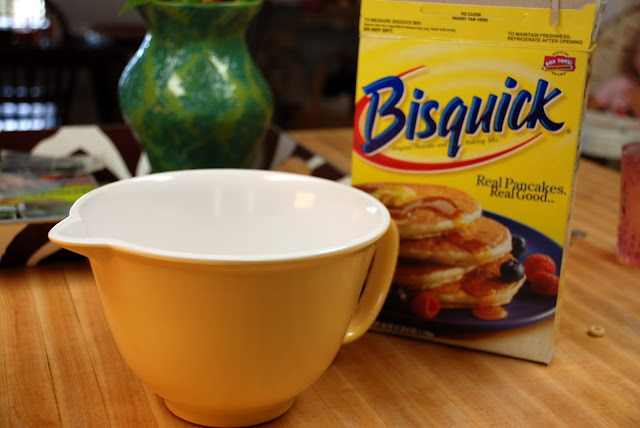 I decided to make chocolate chip pancakes in honor of Dylan.  They're her favorite.  I sometimes make them from scratch, but I've learned that on some mornings I just need to let it go and make it easy. 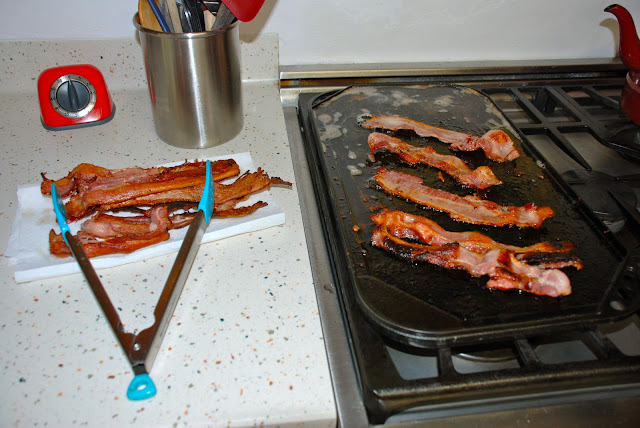 Oh, boy...there's nothing like the smell of bacon cooking and bacon grease adds loads of flavor to the pancakes.  Healthy...not so much...but very tasty! 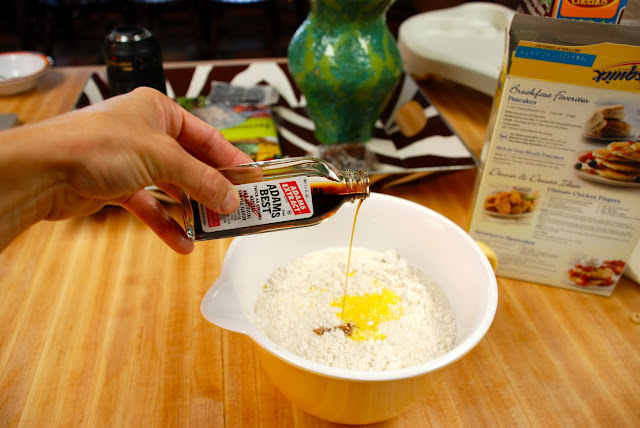 My secret ingredient to spruce up the already pretty good box mix-  Vanilla! 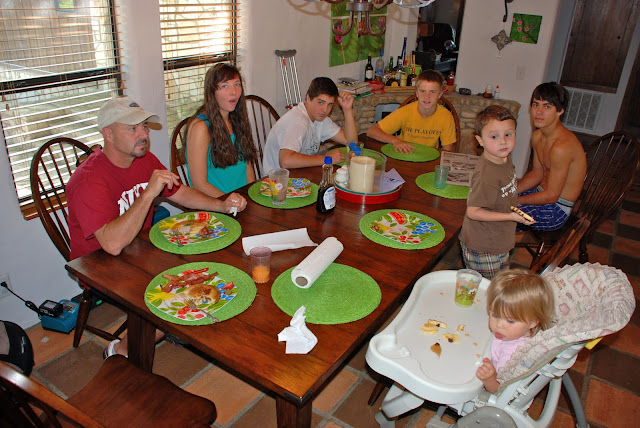 What a gang!
We found out that Jackson's MCL is most likely sprained and not torn.  It is likely an injury that will affect him to some degree for the rest of his life.  Of course, he is worried about making it back out on the football field as soon as possible.  He loves the game and it was his lifeline at his new school...a way to make new friends and make a place for himself in a sea of strangers.  He was working so hard to prove himself to his teammates and coaches.  It happened the second week of school the day after he came home from school and excitedly announced that he had earned a spot on the A team.  It was the final play of practice and he was tackled by several teammates as he was about to score.  One day you're up...next day your down.  I can't imagine what God is up to, but he has a plan for Jackson and I know he won't give him anything he can't handle.  I'm praying for a complete and speedy recovery that leaves Jackson stronger and wiser and exactly where he needs to be for a great future!